Following up on the recent blog post series about Continuous Delivery to AKS with Azure DevOps Environments:

And that works well but when you suddenly need to use another cluster and another Azure DevOps Environment you would then need to go into every single pipeline definition for every application using this Environment and update the name. This means a lot of manual work, duplication of code and a lot of copy-paste with a risk of human error.😤 A much better approach to this is to create a variable group!😻

Then in case you need to change a target Azure DevOps Environment, you would need to update it in one place instead of a hundred places which results in higher re-usability, less duplicated code and faster upgrades. So you can do that by going to Pipelines -> Library section in Azure DevOps and choose + Variable group to create a new variable group (you can also use existing one if you want). Then you will need to provide a variable group name, description and create variables with values representing your target Azure DevOps Environments, like it's shown in the screenshot below: 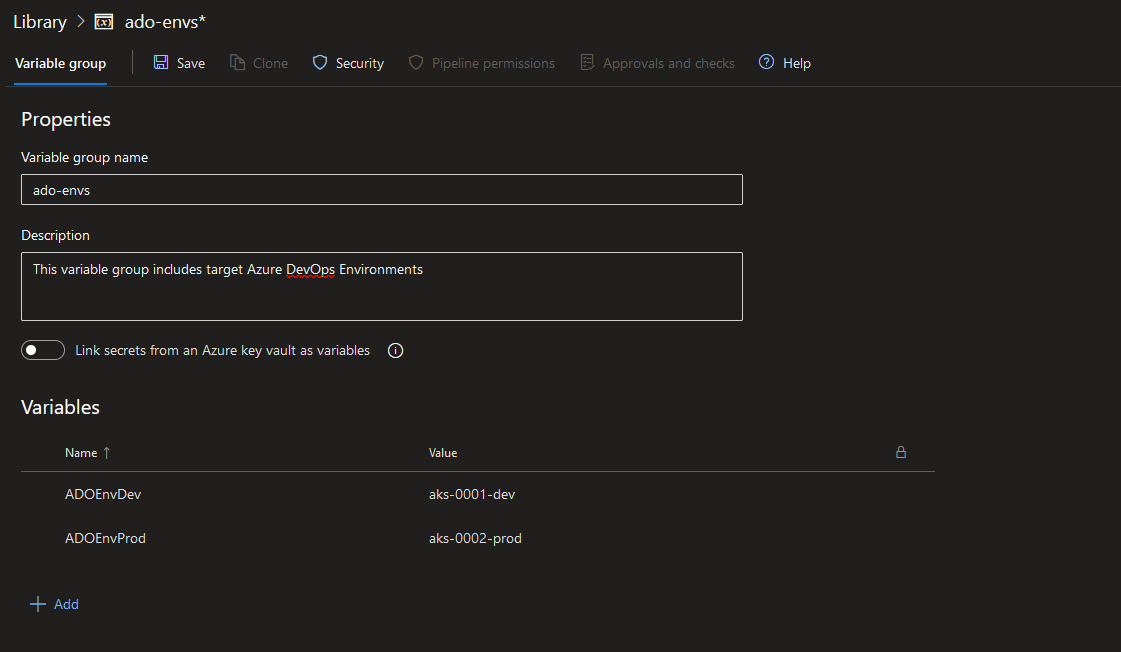 If you want to learn more, you can also check this article: Environment - Kubernetes resource

Thanks for reading and till next tech tip! 😻